Migraines Linked to Neck Pain: Is There a Reliable Solution?

Migraines Linked to Neck Pain: Is There a Reliable Solution? 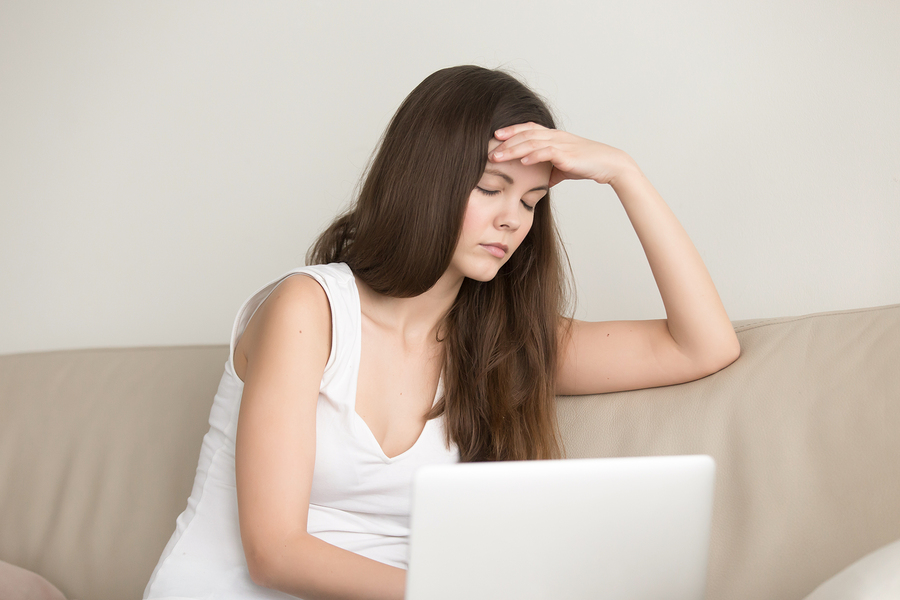 Migraines are extremely debilitating. They can hit hard and leave you unable to perform your routine tasks or even go to work. Migraines are thought to be a genetic disease that is neurological in nature. This means they are not simply bad headaches but a disorder all on their own. As many as 39 million people in the US have migraines. Women are affected 3 times more often than men. Children are also impacted by migraines. There is evidence that even infants get them!

Migraines are referred to as primary headaches because the pain is not caused by an underlying condition like a brain tumor. Some people have one-sided head pain and, in about a third of the cases, it affects both sides. If you are suffering from a migraine, you will most likely seek out a dark, quiet, cool room to lie down in until the pain subsides.

Migraines can last anywhere from just a few hours to many days. However, the pain stage is not the only time you are affected. There is an initial phase before the head pain begins and something referred to as a migraine hangover that happens after the head pain subsides. You may still have some symptoms to deal with for a few days after the head pain.

Symptoms that accompany the head pain include (listed from most common to least common):

Other symptoms may include:

How Neck Pain is Connected to Migraines

As mentioned, neck pain is often included in migraine symptoms. This often has to do with the nerves or muscles in the neck. The brain has no way to actually feel pain. Therefore, the head pain associated with migraines comes from the nerves in the head and is often be due to a problem in the neck. Neck pain can be caused by the bones of the spine or the discs responsible for cushioning these bones. It may even feel like you have a migraine in your neck. Some say it is like having a migraine radiating from the neck to the head. However, please be warned that a stiff neck can be a sign of a serious or even life-threatening condition. Seek medical attention immediately especially if it is accompanied by a fever and a headache.

There are other factors that can cause neck pain. These include:

One thing highly recommended by specialists in the field of migraines is to keep a migraine diary. This is a way to keep track of what things can trigger your particular migraines. It is a good idea to write down what the weather conditions were like, what you were doing the day of and the day before a migraine occurred, anything you noticed ahead of time that might have warned you a migraine was about to hit, what food you were eating, and what types of activities you were doing before the onset of a migraine. By writing these things down for a few migraine attacks, you may be able to see a pattern developing that will indicate what is triggering your migraines. Once you know what the triggers are, you can avoid these things and hopefully cut down on the incidence of migraine attacks.

Migraines have been connected to problems in the bones of the upper cervical spine. A misalignment of either the C1 or C2 vertebra is very common and does not always cause pain. However, this may be one reason that the statistics above mention a feeling of tightness in the neck. This may happen before one actually gets the symptom of head pain. Case studies have been done that prove the effectiveness of upper cervical chiropractic care in alleviating the symptoms of migraines, including neck pain.

As upper cervical chiropractors, we focus on making sure the top bones of the neck are in proper alignment. We particularly look at the C1 and C2 vertebrae, as these bones are more susceptible to misaligning than the rest of the spine. If they are out of place, a number of things can occur to create migraines. For one thing, the C1 and C2 can act as a blockage to oxygen-rich blood and cerebrospinal fluid flow and hinder them from entering and leaving the brain in proper amounts. The brainstem is also negatively impacted because it is located in the same area as these bones. If it becomes stressed, it can begin to send improper signals to the brain. In addition, neck muscles and nerves can become irritated and inflamed.

By visiting us and allowing us to gently realign the bones of your upper spine, you may begin to feel much better in a short amount of time.